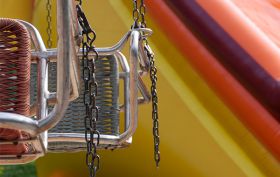 I’ve been commissioned to compose a piece to be performed on a Merry-go-round as part of Musikprotokoll – The Austrian festival for contemporary and experimental music. The installation consists of a set of 4 speakers mounted on a traditional carousel placed in the middle of Karmeliterplatz in the city center of Graz. The composition will be performed to the public as they ride the carousel, introducing the different elements of the piece as they pass by each soundsource. The project is initiated by the ECAS festival network, and will be on between October 9-12. My piece is called “Repeat: Then: Repeat”, and you can find some more info about the whole project here.

For live and dj booking requests, send an email to post [at] standingovation [dot] no

For other enquiries, contact mentaloverdrive [at] mac [dot] com